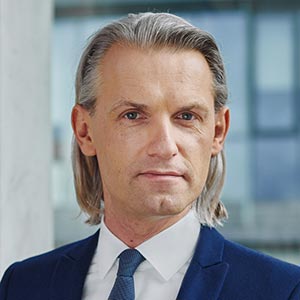 Marcin is a Managing Director at S&P Global Ratings since 2014, executing across three senior commercial roles:
– Head of Europe, Middle East and Africa (EMEA) Relationship Management: leading a regional team managing entire EMEA existing client book & relationships across all business segments: corporates, financial institutions, sovereigns & public sector and also running the infrastructure and project finance business.
– Regional Head for Central and Eastern Europe (CEE): driving the franchise, strategy and management of the ratings business across the region.
– General Manager for Poland, running day-to-day operations of the Warsaw office.
In parallel is a member of the Supervisory Board of MCI Capital S.A., Chairman of the Program Board for the Fintech Digital CEE Congress, Member of the Board of Directors at the American Chamber of Commerce in Poland (AmCham) and the Leslaw A. Paga Foundation. Before joining S&P was an Executive Director at J.P. Morgan Corporate and Investment Bank in London, where he covered Russia, CIS, CEE, and Israel for Markets and Investor Services. He was also the Deputy General Manager for J.P. Morgan CIB in Poland. Prior to 2007 spent five years with Citi Corporate and Investment Banking, operating in Poland and CEE. 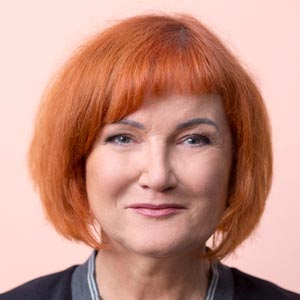 Marzena is Managing Partner and Founder of Experior Venture Fund, VC fund investing in data driven business across CEE and first European VC fund set up and managed by women.
She has extensive experience in managing companies as well as in investment supervision. Marzena sits on the boards of XTRF, Algolytics, DrOmnibus and Inex System.
She has spent almost 20 years as manager and head of Polish investment banking operations of several international institutions, including Raiffeisen Investment Polska, West LB Panmure, HSBC Financial Services. She is an expert in the areas of capital markets, capital raising, mergers and acquisitions, restructuring.
She is active in supporting women led companies as mentor and investor. She co-founded the European Women in VC community, a community of over 400 women in the European and Israeli VC space. 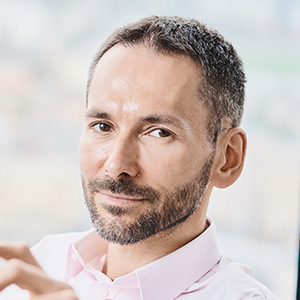 Honorary Chairman of the Advisory Board, Managing Partner, CEO, MCI

Tomasz Czechowicz – a graduate of Wroclaw University of Technology, Warsaw School of Economics and Executive MBA at the University of Minnesota.
Entrepreneur since 1985 . For over 20 years, the investor Venture Capital / Private Equity. Founder and Managing Partner of MCI Capital – one of the leading european private equity funds, specializing in investments in new technology and digitization. In the years 1990-1998 co-founder and President of JTT Computer SA – a leading computer manufacturer in Central Europe with revenues exceeding $ 100 million.
One of laureate the list of ” Top Managers 2015″ by the magazine Bloomberg Businessweek Poland. Speaker at many conferences, PE/VC, including Noah. Member of the Supervisory Boards and advisory bodies of portfolio companies MCI Capital in Europe . Already in 2001 World Economic Forum in Davos awarded Tomasz Czechowicz the title of Global Leader for Tomorrow by extraordinary market timing, professionalism, vision and organizational effectiveness. The title of one of the ten most influential people in the European Internet in the TOP 10 Business Week in 2000. 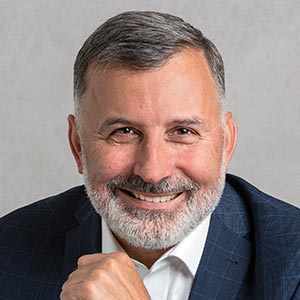 Honorary Chairman of the Advisory Board, President of the Management Board, PKO Bank Polski in years 2009-2021

Zbigniew Jagiełło, Honorary Chairman of the Advisory Board, President of the Management Board, PKO Bank Polski in years 2009-2021

The PKO Bank Polski Management Board President since October 2009, with appointment for a new term in 2011. Prior to this he was the Pioneer Pekao TFI S.A. Management Board President for nearly nine years. Also, within the global structure of Pioneer Investments he was responsible for the CEE region distribution. In the late 1990s he was, among others, active in establishing PKO/Credit Suisse TFI S.A. investment funds company, in the function of its first Vice-President. In his more than ten-year long career in the financial markets he can be credited, among other things, with:

Zbigniew Jagiełło is actively involved in development and promotion of the most demanding financial market standards in Poland. He is a member of the Council of the Polish Bank Association and of the prestigious Institut International D’Etudes Bancaires, which brings together the international banking community. His previous functions included, among others, that of the Chairman of the Chamber of Fund and Asset Management.
A graduate of the Wrocław Technical University, School of Computer Science and Management, he also completed Postgraduate Management Studies at the Gdańsk Foundation for Management Development and the University of Gdańsk, with Executive MBA certified by the Rotterdam School of Management, Erasmus University.
The President of the Republic of Poland decorated him with the Officer`s Cross of the Order of the Rebirth of Poland and he was awarded the Social Solidarity Medal for promoting the idea of ​​corporate social responsibility. His is the Deputy Chairman of the Programme Council of the PKO Bank Polski Foundation, an entity formed at his initiative in the year 2010.
Chosen the CEO of the Year 2011 by Parkiet daily; the recipient of the Wektor 2011 granted by the Polish Employers’ Chapter and of the Golden Banker in the Personality of the Year 2011 category; he was also lauded the Manager of the Year 2011 in a competition ran by Gazeta Bankowa. In the year 2012, Bloomberg Businessweek Polska singled him out as one of the Top 20 Managers in Crisis.
In 2013 Zbigniew Jagiello was honoured by Bank monthly with the title of “The Innovator of Banking Sector 2012”, and received the title of “Visionary and Man of the Year” from Brief monthly and Dziennik Gazeta Prawna daily in appreciation of his contribution to financial sector development, his consistency in strengthening Bank`s position of market leadership and determination in changing its image. 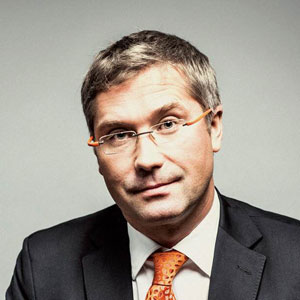 An expert in the insurance and insurtech industry

Witold Jaworski, An expert in the insurance and insurtech industry

Mr. Witold Jaworski graduated from the Poznan University of Economics with the PhD title in the economics area.
He has a wide professional experience in the insurance sector.
His career began in 1995 from working for an American company Tillinghast Towers Perrin in Frankfurt. The following five years he spent covering analytical positions in the global management consulting firm McKinsey & Company.
From 1996 to 2010 he was a part of a scientific team and being in charge of teaching and research assignments in insurance finance and strategy at Poznan University of Economics.
Mr. Witold Jaworski from May 2004 till December 2012 was linked to the PZU Group and he filled the following positions:

After two years at the position of CEO in Polish branch of Allianz, once more he joined the Management Board of PZU Group. He is responsible for Marketing Department: Bureau of Product Management, Marketing Office, Analysis and Actuarial Office, the area of analytical CRM, Director of the Individual Client Segment, Director of Customer Segment SME). 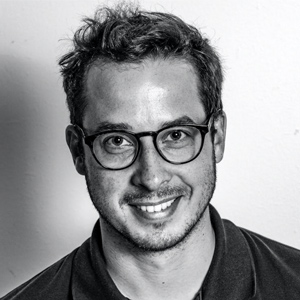 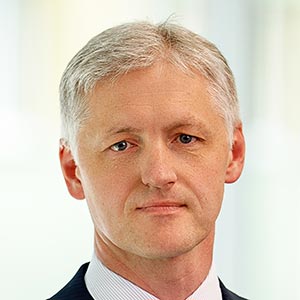 Dr. Krzysztof Korus is an attorney at law, doctor of laws and economist, lecturer on public business law at the Foreign Legal Systems School Coordination Centre at the Jagiellonian University (Ośrodek Koordynacyjny Szkół Praw Obcych przy Uniwersytecie Jagiellońskim), works with the Polish-German Centre for Banking Law at the Jagiellonian University (Polsko – Niemieckiego Centrum Prawa Bankowego Uniwersytetu Jagiellońskiego), is an associate member of the European Payments Consulting Association in Frankfurt, a member of the programming board at the monthly publication “Banking Law Monitor” (Monitor Prawa Bankowego), and a member of the working group of the Financial Market Development Council at the Polish Ministry of Finance, dealing with implementation of Directive 2007/64/EC. He has worked for renowned law firms in an of counsel capacity. Legal expert of the Polish Organization of non-bank Payment Institutions (PONIP). His specialist practice focus is commercial law. He has authored several dozen publications and legal analyses on legal issues relating to electronic payment instruments, and is invited to speak at numerous conferences and seminars relating to this issue. 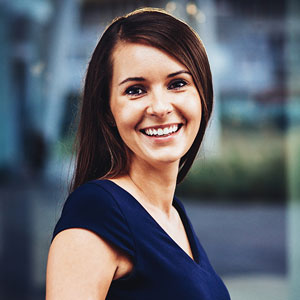 Vice President of the Board, MMC Polska

Aneta Pernak, Vice President of the Board, MMC Polska 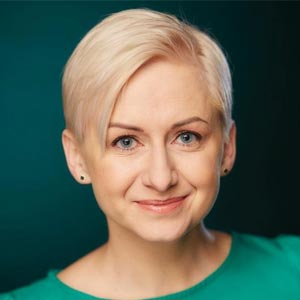 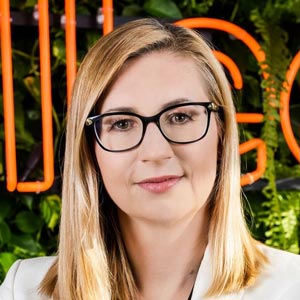 Head of Strategy and Chief of Staff, Allegro

Aleksandra Sroka-Krzyżak, Head of Strategy and Chief of Staff, Allegro

Ola Sroka-Krzyżak is heading strategy, projects and implementation of the digital transformation at PKO Bank Polski, and is also a member of PKO Corporate Venture Capital, responsible for the acquisition of start-ups.
Prior to PKO, Ola worked as a Partner at The Boston Consulting Group, an international strategic consulting company, she was associated with BCG for the last 12 years. She managed projects in the financial and insurance sector related to digital transformation, open banking, innovation strategies, including cooperation with Fintechs, improvement of efficiency and M&A processes. She has completed many projects abroad and worked for the BCG office in New York and Milan. She is a graduate of Finance at the University of Economics in Wrocław, she also studied Financial and Mathematical Analysis at the Malardalen University in Sweden. In addition to her professional work, Ola is involved in organizations whose aim is to support the managerial development of women, she is also a mentor in STEM and Empower.pl. 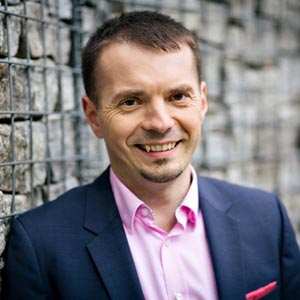 Manager and innovator with several years of experience in the insurance and financial industries. He created insurance premium financing market in Poland. Prior to founding Bacca Cezary worked as management consultant for the biggest financial institutions in Poland and in the CEE. 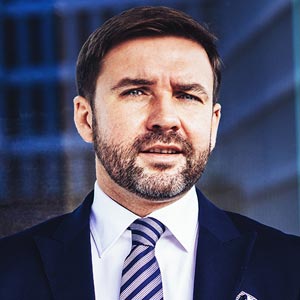 President of the Management Board MM Conferences S.A.

Piotr Zesiuk, President of the Management Board MM Conferences S.A.

Graduated from the Koźminski University in Warsaw with a degree in Marketing, Management and Finance & Banking. His wide-range knowledge in the field of strategic management he acquired at the School of Economics and Management at Lund University in Sweden. Moreover, he accomplished International Consulting training in Audencia Nantes Management School. He gained his experience i.a. at Frosta A.G. in Bremerhaven, where he reported directly to the Marketing Director. He performed functions of general director of the Association of Frozen Foods, that brings together dozens of biggest producers of frozen food on Polish market, including representatives of global brands such as: Unilever, Farm Frites, Bonduelle. While working in the Warsaw International Fair he has contributed to organisation of three editions of the largest motor show in Poland – Warsaw International Motor Show. Subsequently, he worked in Expomedia Events Warsaw, where he held the position of director for business development and sponsorship relations. The next stage of his career was transition to conference sector. 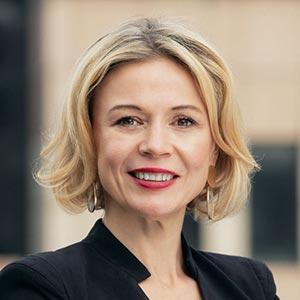 The Administrator of personal data is MM Conferences S.A. with seat in Warsaw (00-193), ul. Stawki 2. Your data will be processed in order to realize contracts, send marketing information and for the Administrator to publish your image. More 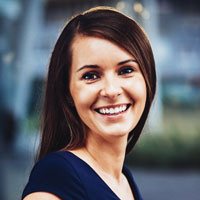 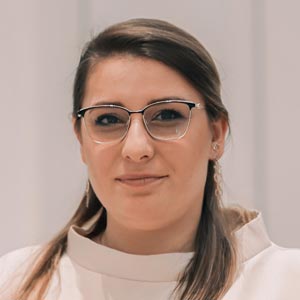 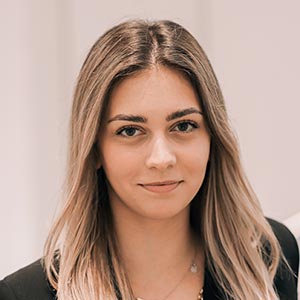 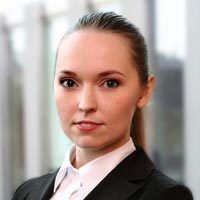 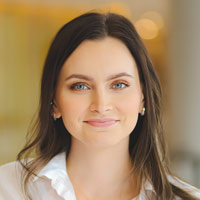